Seeing the City through a Newbie’s Eyes 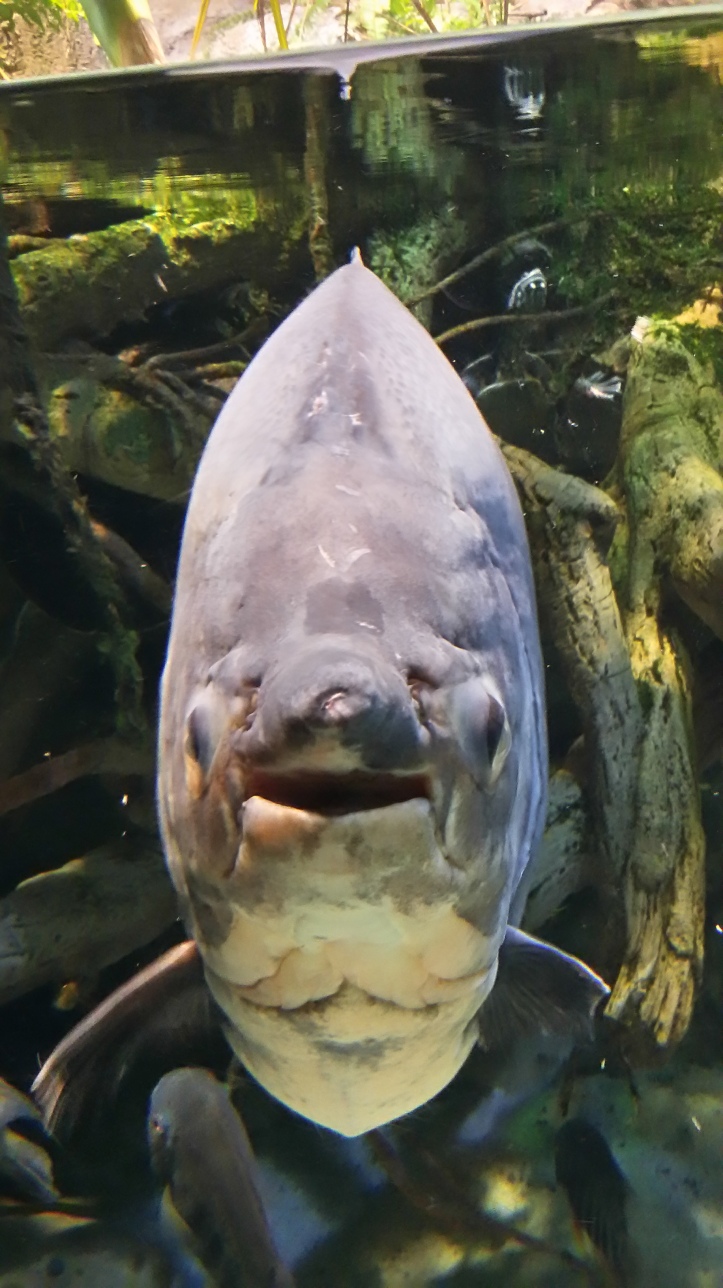 At the beginning of the year I set out to achieve four goals for 2017. (If you missed it, you can read about it here.) Recently, I met one of those goals — Travel (around town) — in the most interesting of ways.

Last Friday, I received an alert on my phone from Couchsurfers: Jonathan has requested to stay with you. Seeing as my weekend was pretty empty and I had the room, I enthusiastically hit the “Yes” button. What happened next was not having a person crash on my couch, but even better. I made a new friend and gained a new perspective on the place I call home.

If you really want to fall back in love with Baltimore, then show around an out-of-towner.

The first place that Jonathan and I hit up was the National Aquarium. One of the city’s jewels, we decided to take advantage of the Fridays after Five deal and enjoy the underwater world without having to get soaked. (It was already raining, so staying dry was a bonus.)

Now, I will say that I am biased when it comes to visiting the Aquarium because I work there on occasion. But due to a pesky broken ankle that’s made walking a literal pain, I haven’t been back in six months. There is something about seeing a familiar place with a person who has never been there, which allows you to notice things that you may not have noticed — and get points of view on things you have always wondered. (For instance, Jonathan being an Aussie native, enjoyed the Australia exhibit and was delighted to get to see the archer fish being fed. Although, when you get to watch fish spit water to knock crickets out of the air, it’s hard to be disappointed!)

It also shows you that, even when you live on the other side of the world, some things are universal — like getting your picture taken at the bubble tubes, something I’ve seen every visitor do at least once. We spent a good two hours wandering the Aquarium, so Jonathan was able to see Maryland rockfish, sturgeon and horseshoe crabs. He appreciated all of that, since he wasn’t able to hit Ocean City on this trip.

Jonathan really wanted to know about the city as well as the animals. He already knew to grab a crab cake, try Old Bay with fries and buy a box of Berger cookies. I figured we could make some of it happen that night. 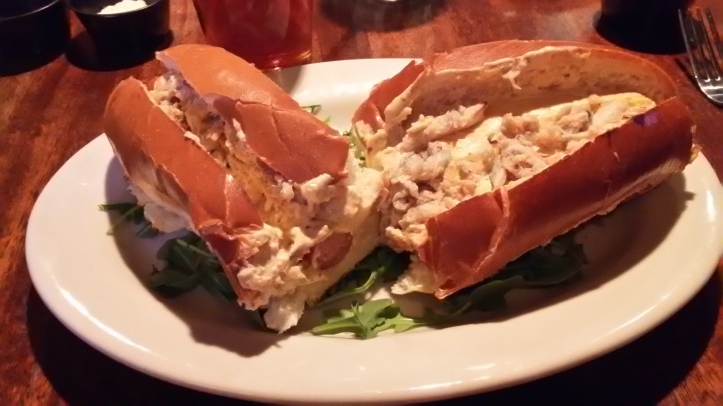 He wanted to get a real Bmore feel, but had to be at an event in an hour. I knew that if he wanted local Maryland beer and seafood, the best place close by was none other than my fave, Heavy Seas Alehouse.

Our awesome waitress helped Jonathan choose between the oyster poor boy sandwich, crab dog and crab cake sandwich — gotta go crab cake, man! I went with my own tried and true dinner of a foot long crab dog. We swapped stories of our homes while dining on lots of crab cakes, crab dip, Old Bay and beer. Just like a normal Bmore night, right? Well, with one Aussie twist: Jonathan brought Tim Tams from the land down under, so we swapped those in for dessert instead of searching for Berger cookies.

(By the way, tipping your waitress with an additional Tim Tam surprise is totally worth it!) 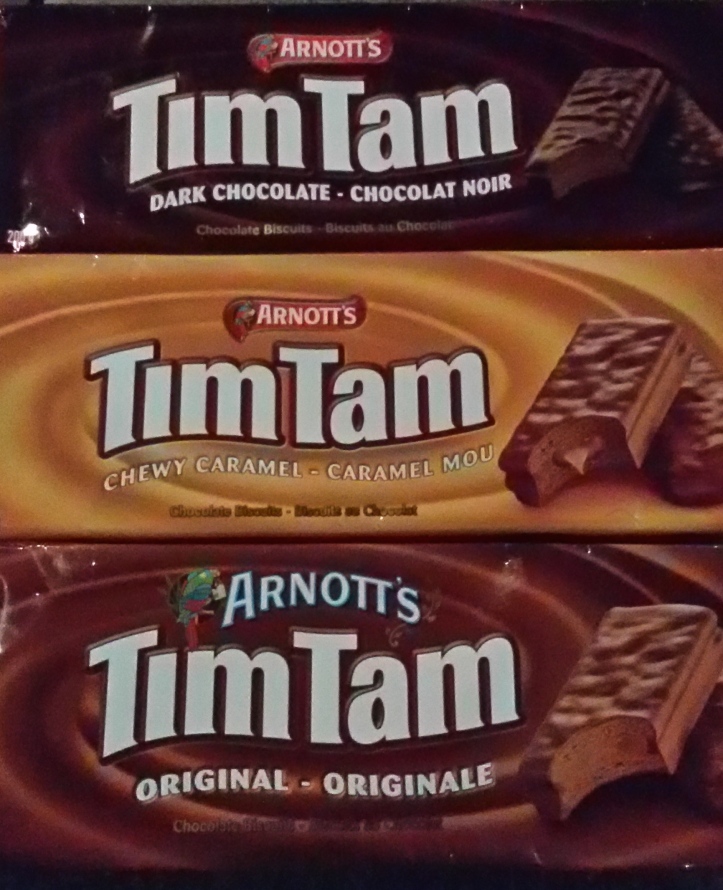 Over the next few days, I wasn’t able to physically show Jonathan around (jobs are pesky like that). Instead, I steered him towards Hampden for some great music and dinner at The Food Market. And he enjoyed his crab cake so much, he hit up the Papermoon Diner for a crab melt. Before he left, he bought his own box of Berger cookies to take home. Rumor has it, his coworkers thought they were delicious.

I’m hoping that Jonathan and I cross paths again on the travel trail. And I must tell you, having grown up on crab cakes and Old Bay it was fun to watch someone experience the flavors for the first time. I was a little jealous! So if you ever get the chance to take someone around town, I say do it! You won’t regret it!

After all, what could ‘B’ more adventurous?